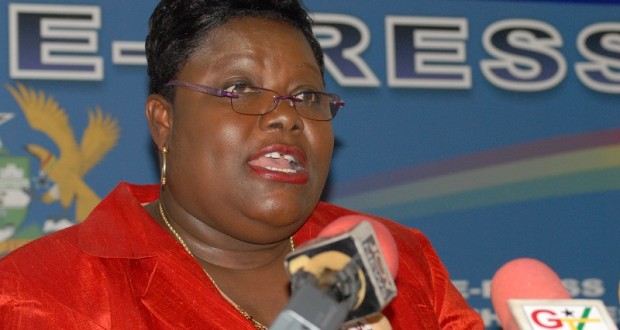 She said most of the victims of the disaster lost their NHIA cards, making it difficult for them to access good health care, and appealed to the officials of the Authority to assist the victims to secure new card.

Nana Oye Lithur made the appeal when Nathaniel Otoo, the new Chief Executive Officer of NHIA paid a courtesy call on her in Accra on Wednesday.

She also urged the NHIA to support the expansion of the registration of prisoners onto the health insurance scheme to enable them to have access to good healthcare.

She congratulated him on his appointment and called for more collaboration between the Authority and the Ministry in supporting the vulnerable in society.

Mrs Lithur mentioned that her Ministry has since 2010 has worked closely with the NHIA, especially in the area of the registration of LEAP beneficiaries on the scheme as well as the elderly people and called for the expansion of both projects. Mr Otoo promised that the NHIA will continue to work closely with the Ministry, as it is geared towards providing social protection to the vulnerable in society. He assured that all those who lost their NHIA cards as a result of the June 3 disaster would get a replacement whiles non members of the scheme would also be supported to register. Mr Otoo said the prisons’ project by the Ministry will also be expanded to get more prisoners onto the scheme. He promised to continue working closely with the Ministry to ensure that the vulnerable in the country are covered by the scheme.