The Member of Parliament for Assin Central Hon. Kennedy Agyapong is calling on Government to pay the Nation Builders Corps (NABCO) Trainees.

If it will be recalled, the Trainees of the Nation Builders Corps (NaBCo) last week embarked on a demonstration through the principal streets of Accra to demand the immediate payment of allowance arrears owed its members.

According to him, anytime he travels and gets to airport, some of the NaBCo trainees consult him to plead on their behalf since they have not been paid for months

Speaking on Ghana Broadcasting Cooperation this morning, the Member of Parliament says the government must pay NABCO Trainees, however, he feels the government is behaving like NDC and doing propaganda with the NaBCo issue.

He added that if the Government thinks he cannot do it again at least he should pay their arrears because nobody works for free.

The Member of Parliament for Assin Central Hon Kennedy Agyapong further explained that, Government has no excuse to say they are not going to pay them after going to work with their own transportation which is not paid by government.

“we should be reasonable human beings, these students or workers who were employed, at least their transportation cost was not paid by government, they find any means necessary to get to work.”

Backing his points, the legislator says government gets Ghc 20, 000 to pay parliamentarians so he does not see why the government is not able to get Ghc 2, 000 to pay the NaBCo Trainees.

He therefore urged the NABCO Trainees to continually do the demonstration the whole month for the government to sit up and pay them.

“I support them, they should demonstrate about a month straight for the government to sit and pay them” 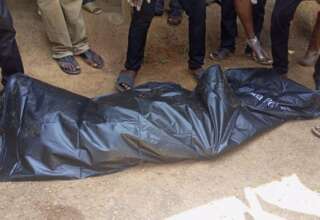