Ghana’s High Commissioner to South Africa, George Ayisi-Boateng, has stated that his topmost priority on his mission to South Africa was the problems of the members of the governing New Patriotic Party (NPP) before any other Ghanaian.

He said he had made it clear to Ghanaian people in South Africa that, he was appointed by the governing New Patriotic Party, and for that reason, its members problem were his topmost priority.

“Me, for instance, I told my people over there. I told them that, it is because of NPP that I’m here, so, NPP man is my priority. I told them, when NDC was in power, it was Kwesi Ahwoi who was there. Now, we are in power, so, Ayisi Boateng’s here with you. My topmost priority is the problem of an NPP person before any other Ghanaian. Take it or leave it”, he said.

He added: “They marveled, and I said it, and indeed, I’m not boasting. I have started meeting the NPP groups. I have been meeting them. Every weekend, I meet some group members”.

Speaking at a welcome ceremony to usher in fresh students of Kumasi Technical University into the Tertiary Students Confederacy Network (TESCON) of the ruling New Patriotic Party on Sunday, October 29, 2017 in Kumasi, he indicated that any job opportunity that will come his way will be given to a TESCON member before any other person.

He was sure that other members of the governing New Patriotic Party who have been appointed into the various positions will also prioritise members of the party first “except that because of the IMF, we can not do it now”.

Mentioning some of the TESCON members he has helped to secure job in South Africa, he said, “TESCON member is my priority. NPP is my priority before any other Ghanaian. They are all Ghanaians, but some are more Ghanaian than others”.

He, therefore, called on all the government appointees to be very careful and work for party members first in terms of job opportunities,” so that party members will work hard for us to maintain power and sustain for over 20 years, so that, we can change things in Ghana. Otherwise, the next NDC government, I bet you, get ready you will be auctioned”.

He noted that the job market is choked, but the NPP government is doing its best to create more job opportunities in the country. 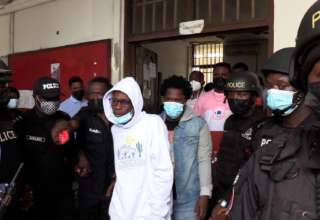