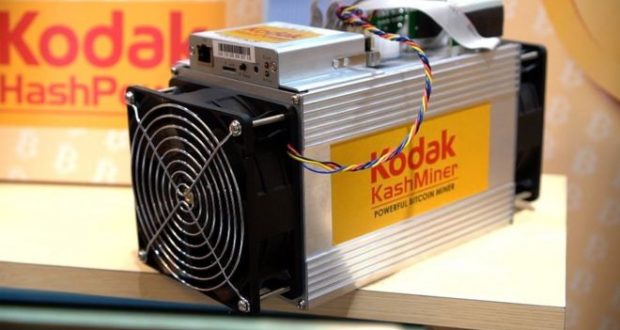 Shares in photo firm Eastman Kodak soared nearly 120% after it revealed plans to mint its own crypto-currency, the KodakCoin.

The US firm said it was teaming up with London-based Wenn Media Group to carry out the initial coin offering (ICO).

It is part of a blockchain-based initiative to help photographers control their image rights.

Details of this second scheme – which is being branded the Kodak KashMiner – were outlined at the CES tech show in Las Vegas.

Kodak is the latest in a series of companies to see its value jump after revealing plans for blockchain-related activity.

“This is a phenomenon we saw back during the dot com days in the late 1990s where traditional companies would mention some kind of internet strategy and their stock price would jump up,” commented Garrick Hileman from the University of Cambridge.

“When you see stock prices moving like this it does appear to be troubling – it’s hard to say if there’s a bubble but it certainly is indicative of a frothy investment market.”

Kodak was famously slow to join the digital revolution, and its hesitation to leave behind its film heritage cost the company its market. 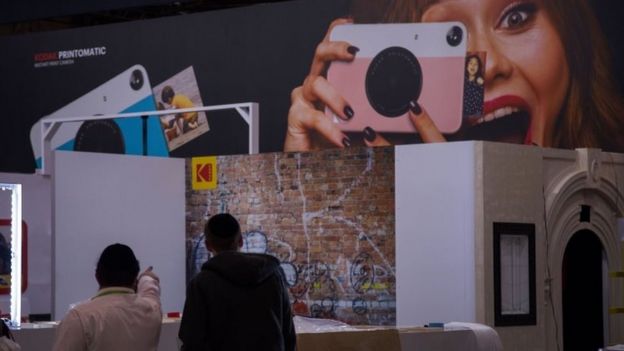 Since its collapse in 2012, Kodak has licensed its brand to a variety of manufacturers, with the mark appearing on batteries, printers, drones, tablet computers and digital cameras.

The KashMiner operation will be run by Spotlite, a licensee that had previously teamed up with Kodak to use its brand to market LED lights.

Any Bitcoins generated by Kodak KashMiner will be shared between the customer and the business.

Each of the mining rig boxes – which include computer processors and fans to keep them cool – will use about the same amount of electricity as running a hairdryer around the clock.

But the scheme will be able to take advantage of Kodak’s on-site power generating plant, which has had spare capacity since Kodak’s heyday.

The company says it can power each rig for four cents per kilowatt hour, which is significantly cheaper than running a rig at home.

But anybody hoping to join the gamble would have to wait, as capacity is already sold out, Mr Mikail added.

“At this time we have 80 miners, and we expect another 300 to arrive shortly. There is a big pile-up of demand,” he said.

Bitcoin is notoriously volatile and some analysts fear its value could crash, resulting in a loss for those who had paid up-front for mining capacity.

But Mr Mikail said the rigs could be put to work on other tasks if Bitcoin faltered.

“Bitcoin could be a bubble. But the blockchain industry is not a bubble,” he said.

“It’s a solid platform built on mathematics and it will survive.”

Kodak’s other initiative, the KodakCoin, is being created as part of an effort to build a global ledger of picture rights ownership that photographers can add their work to.

Associated KodakOne software will be used to crawl the web and find pictures that have been used without permission.

The company said it would then “manage the licensing process,” so the photographer can be paid, in KodakCoin.

“These technologies give the photography community an innovative and easy way to do just that.”

The company’s shares traded more than 130% above their opening price after the announcement before closing the day 119.4% higher.

But one expert had doubts.

“Storing the information in a blockchain doesn’t protect your copyright any more than copyright law already does,” commented David Gerard, author of Attack of the 50ft Blockchain.

“This doesn’t do anything that signing up for Shutterstock or Getty Images wouldn’t.”

Even so, some think Kodak will not be the last household name to associate itself with an ICO.

“I expect we are going to see more major brands releasing their own tokens and currencies to support various products and services,” commented Mr Hileman.

“It’s something many big companies are thinking very hard about.”

South African President Cyril Ramaphosa has announced a new cabinet in which, for the firs…